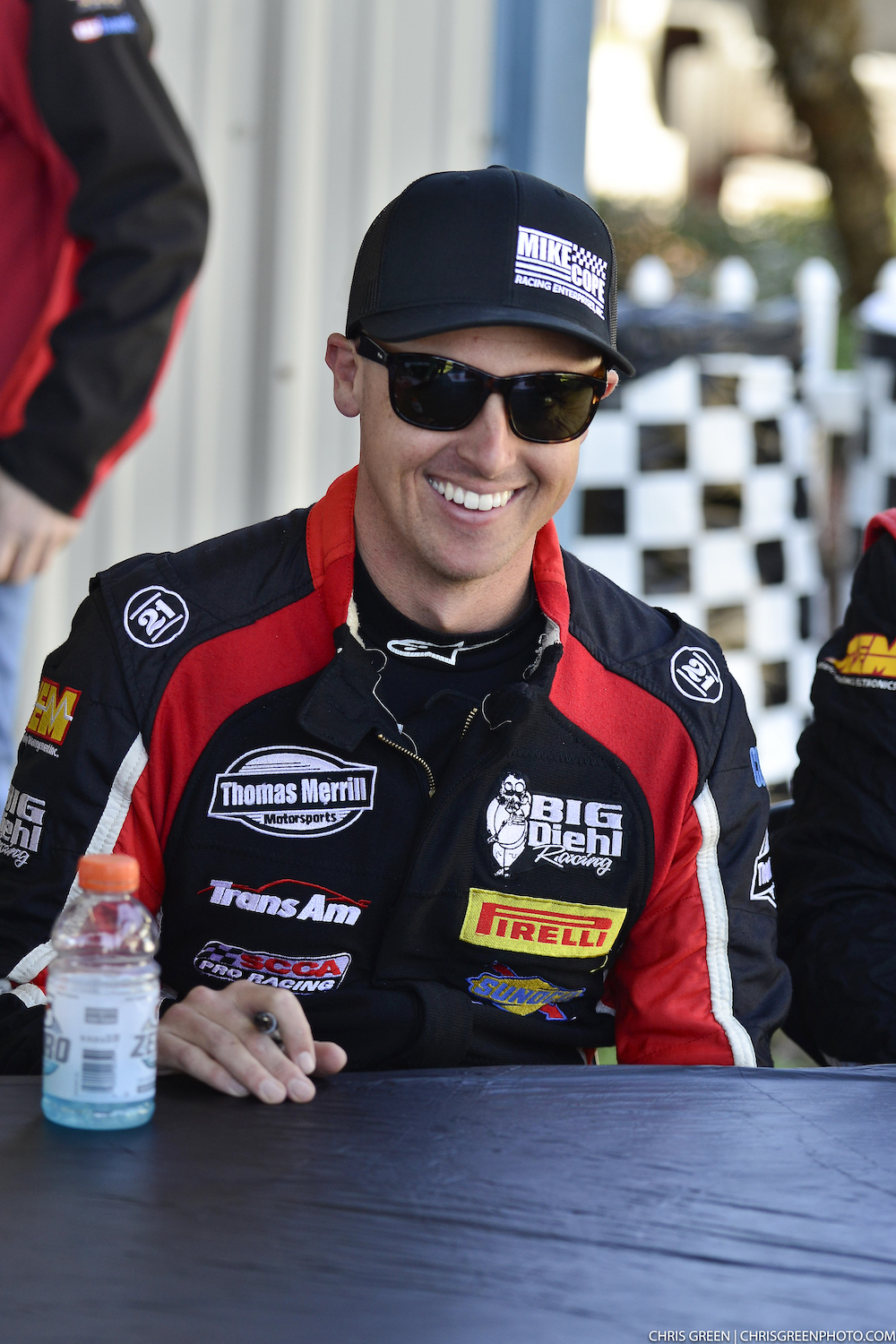 Thomas won his first kart title in 1998 when he was just 11, and took six strait.  At 16, he won his first regional championship -- making it back to back the next year.  To top that off, he went on to take back-to-back national titles in 2005 and 2006. 2006 and 2007 were spent racing formula cars in SCCA and the Pacific F2000, clinching a championship and Rookie of the Year award, as well as 3 track records and over 15 wins. In 2008, he made the transition to Grand Am with PR1 Motorsports, campaigning a Pontiac GXP.R and Dinan BMW M6 in the GT class through 2010. Since then he’s raced in various professional endurance sports car races and has focused on growing his driver coaching business, Thomas Merrill Motorsports.  Thomas began coaching Richard Diehl back in 2013 racing with the Porsche Racing Club, and became teammates in the 2018 Trans Am Championship racing together in the TA2 class.  They formed Big Diehl Racing, and have since claimed 8 wins to date, including the 2018 West Coast Championship.  For 2020, the two have formed Diehl-Merrill Racing, and partnered with Mike Cope Racing Enterprises for a full championship effort.

In 2011 Richard commissioned the build of his first race car, a Spec 911. During that same year Diehl attended the Skip Barber Racing School at Laguna Seca, this is where he met Thomas Merrill. Under Thomas’ tutelage, Richard campaigned his Spec 911 in the Porsche Racing Club’s Northern California club racing series for the next 3 years. In 2016 Richard and Thomas decided it was time to make a change and start a racing team together. They came to an agreeance that The Trans Am Series presented by Pirelli TA2 class was the perfect fit, and by mid-2017 they had their first TA2 race car. After partnering with Tim Barber at TFB based in Sonoma, CA, Big Diehl Racing was formed. Richard entered Thomas in their first race together in November 2017, bursting onto the scene with an impressive Top-5 finish at Circuit of the Americas. In 2018, Richard joined the series as a driver, and he and Thomas campaigned their TA2 Mustangs in the West Coast Trans Am championship. New partnerships were made in 2020, as Big Diehl Racing turned into Diehl-Merrill Racing. Richard is taking a break from the driver seat in 2020, but with the help of the new Mike Cope Racing partnership, Merrill and DMR have their sights set on a championship in 2020. 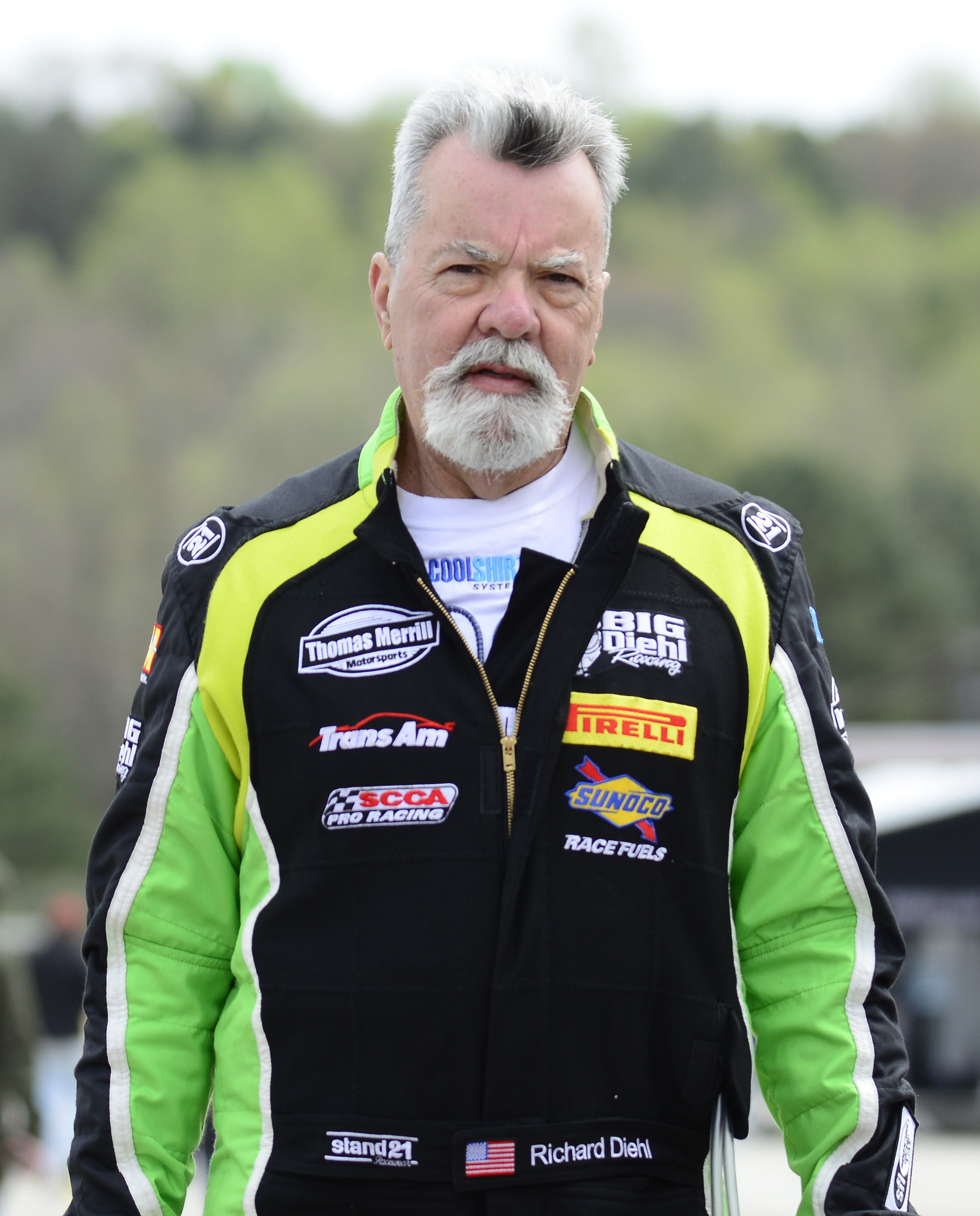 Perhaps no other team has worked so diligently to achieve success over the course of 30 years as MCRE. Over the years, they have successfully launched corporate sponsorships in national series, developed short track and SCCA Road race champions and mentored young upcoming drivers. Lead by Mike Cope, he brings the same enthusiasm, dedication and knowledge to his race team that made him victorious in his own racing career.
MCRE offers a variety of services for drivers interested in the Trans Am Series’ TA2 program, including custom builds, arrive and drive programs, maintenance programs, consulting, driver mentoring, set-up, and shock dyno. Mike Cope Racing Enterprises is based in Clearwater, Florida. 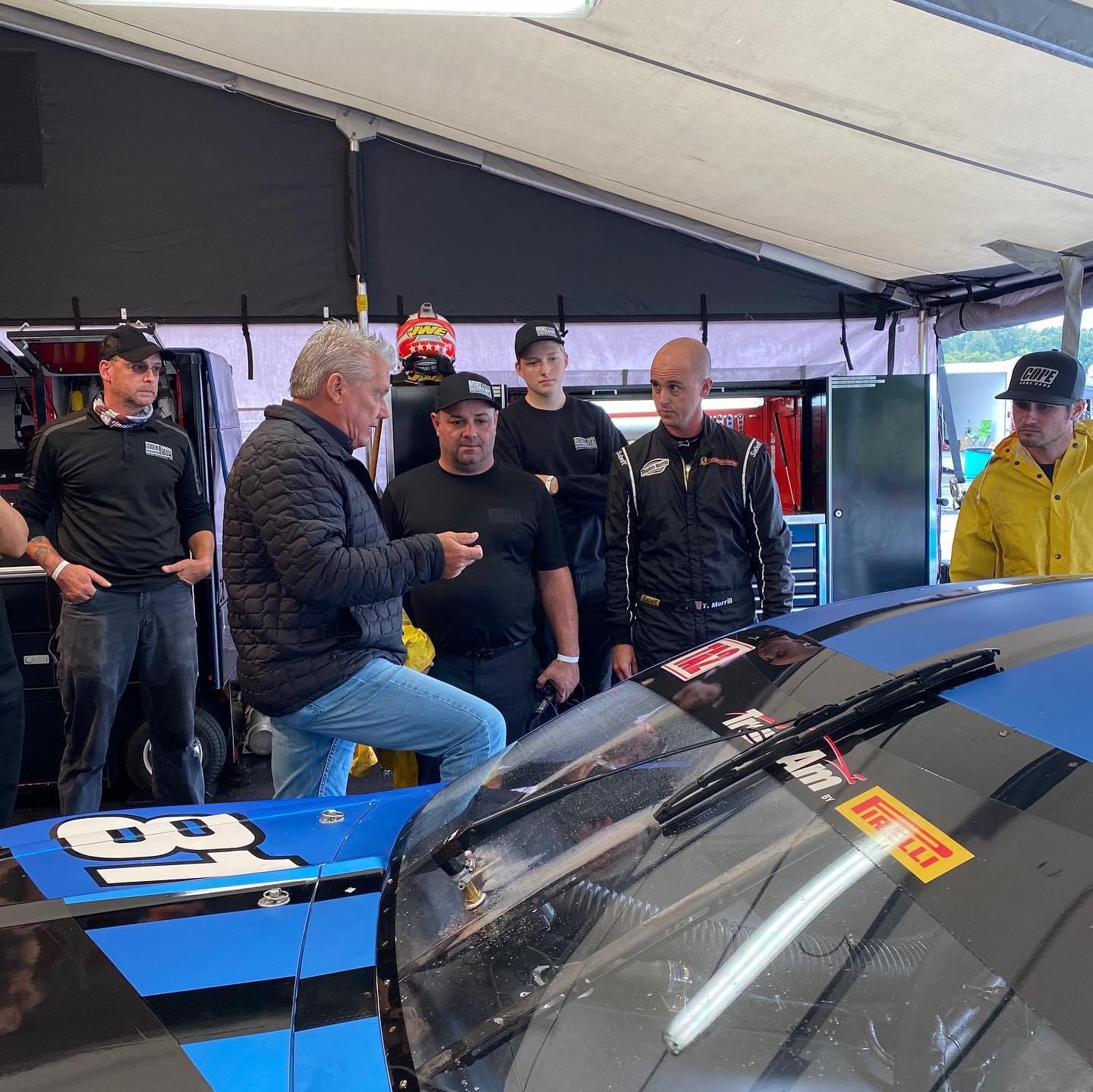