Richard has to sit this race out due to a wrist injury sustained in a karting accident while training. Thomas' car failed early in qualifying with a mysterious differential failure, resulting in no time set and a last-place starting postion.

As the green flag dropped, Merrill cut through traffic making up several positions by the first turn and at the end of the first lap shot into the top-10. Shortly after the start, a full course caution came out, grouping up the field. On the restart, Merrill continued to whip his Ford around the 11-turn, 2.38-mile track, entering into the top-five before another yellow called out the safety car. Again, Merrill used the restart to his advantage.

Merrill didn’t execute a back of the field to the front run by playing it safe. Picking off drivers one by one, Merrill focused his attack on second-place Machavern.  Climbing up the Corkscrew, Merrill darted to the inside of the Stevens-Miller Racing pilot before the Hairpin for a quick overtake for second. Miller, who lead the entire race at that point, jockeyed for position against Merrill before conceding to the rocket ship Mustang.

Back to all RACES 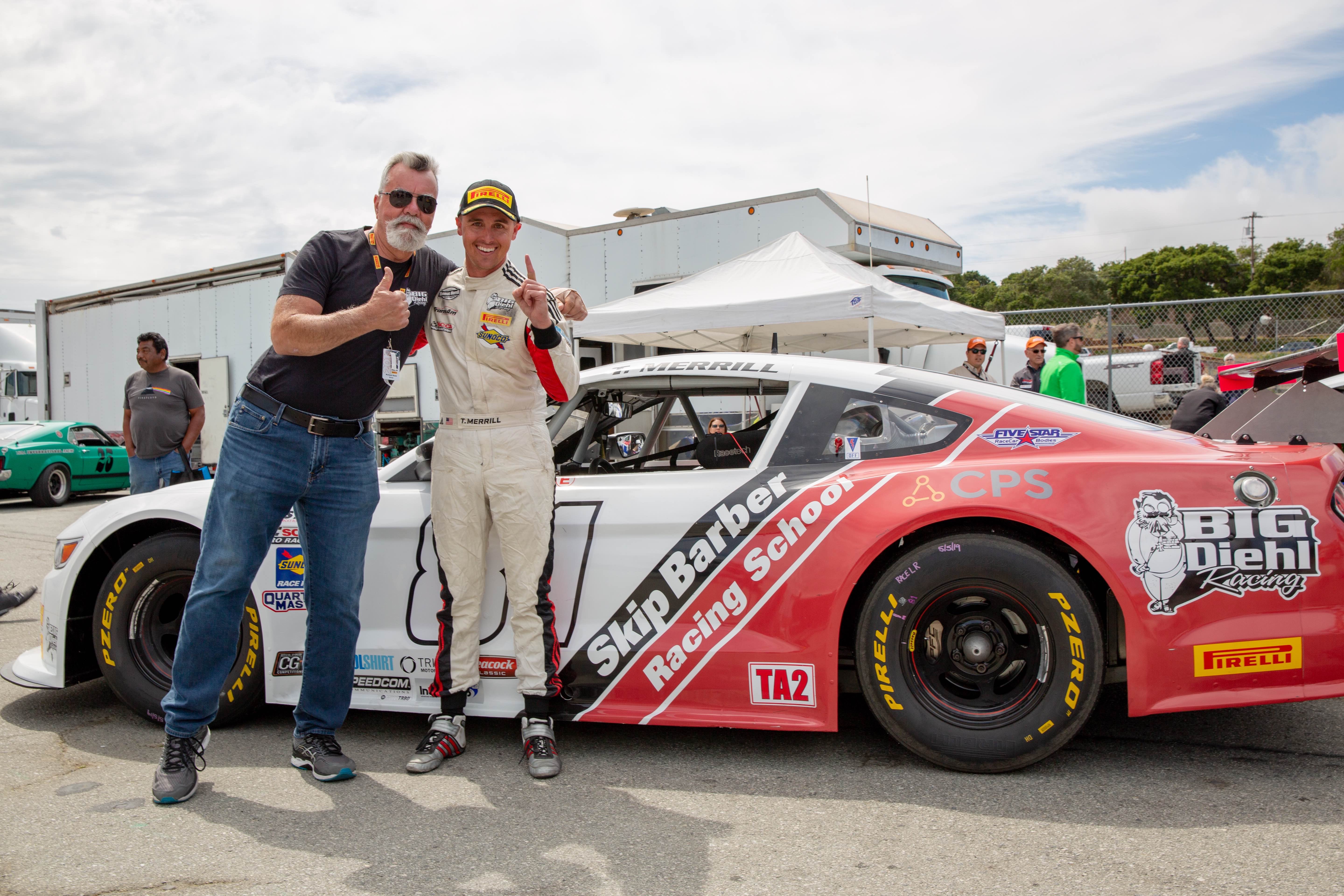 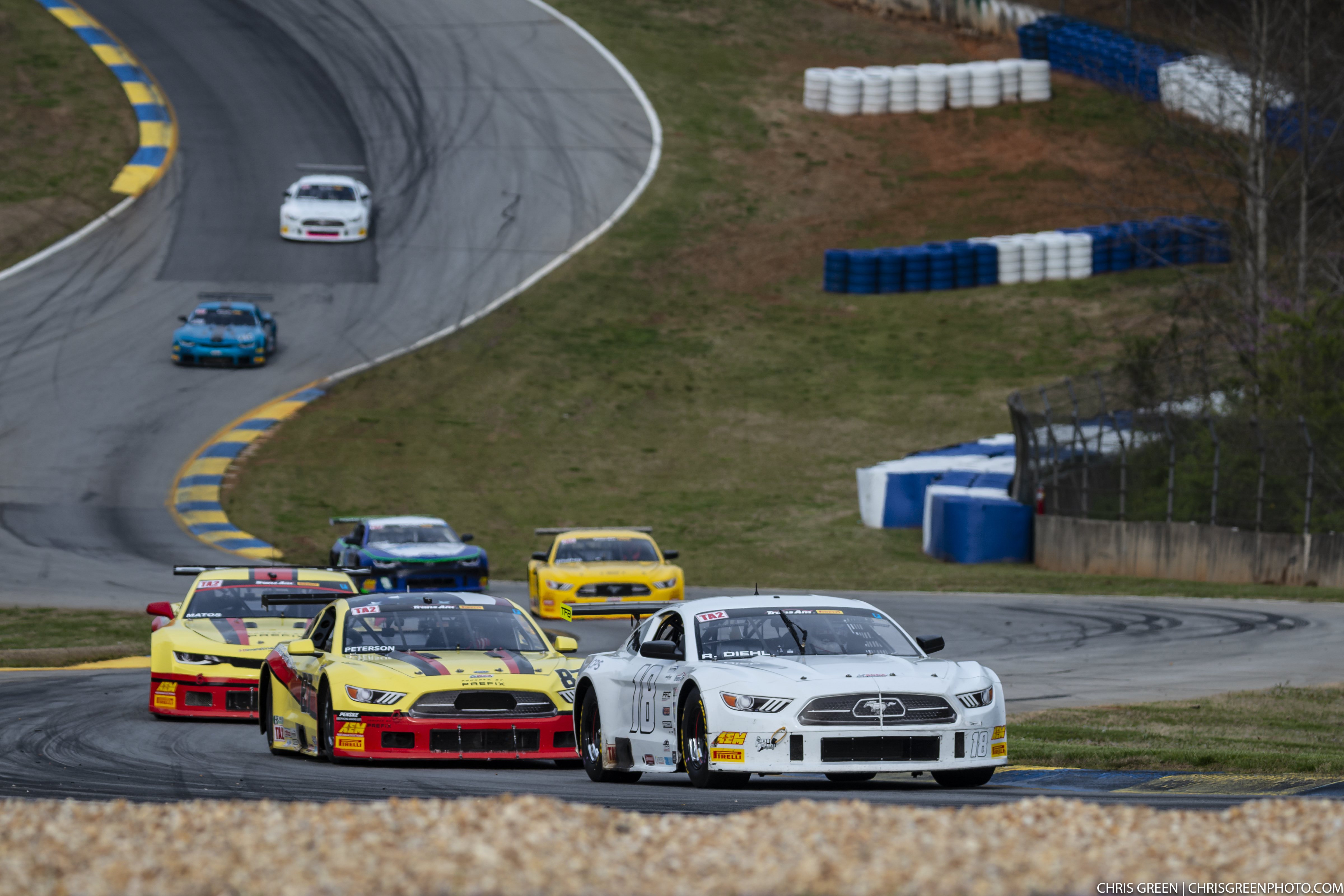 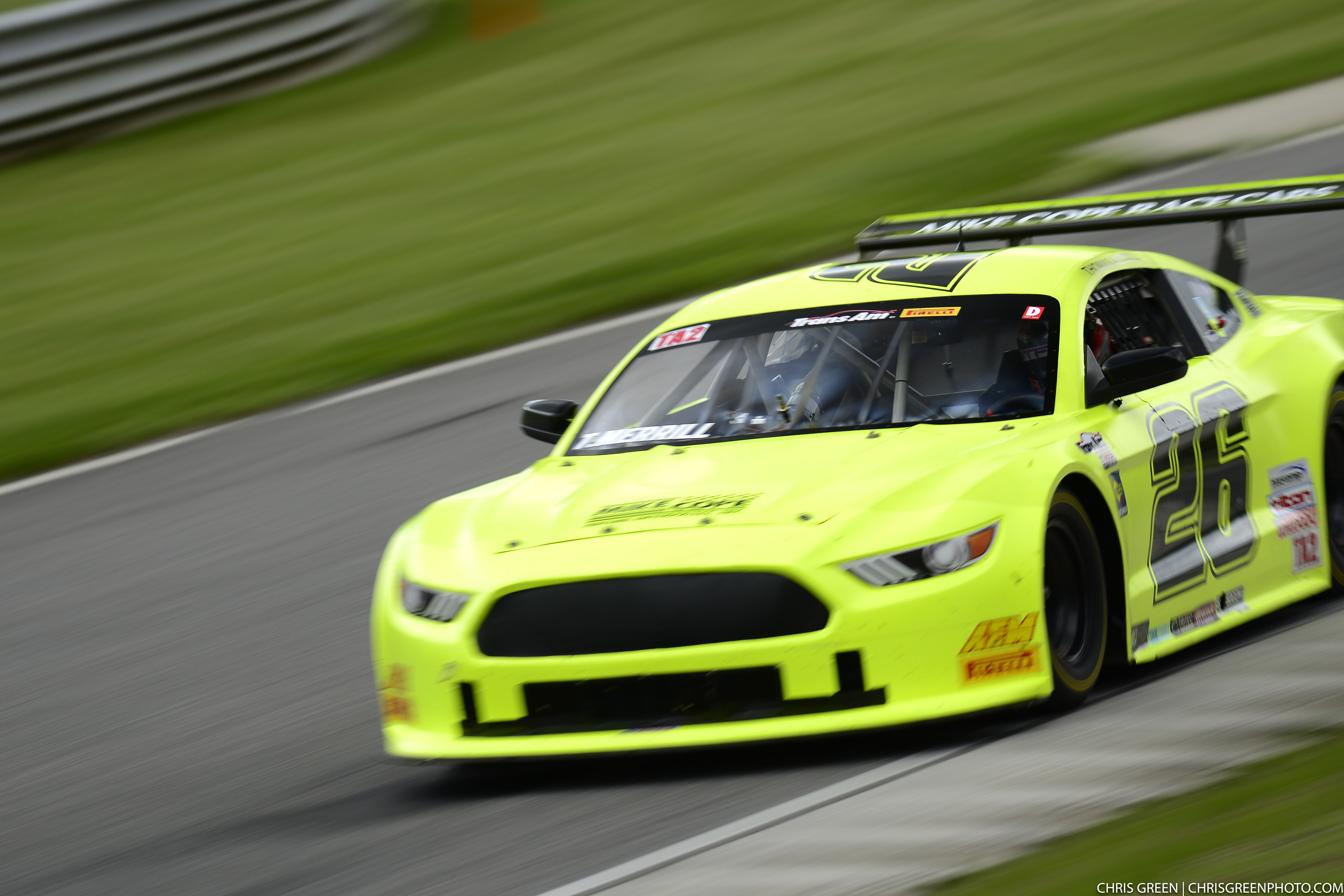 View Race
Let's get in touch.
Thank you! Your submission has been received!
Oops! Something went wrong while submitting the form.