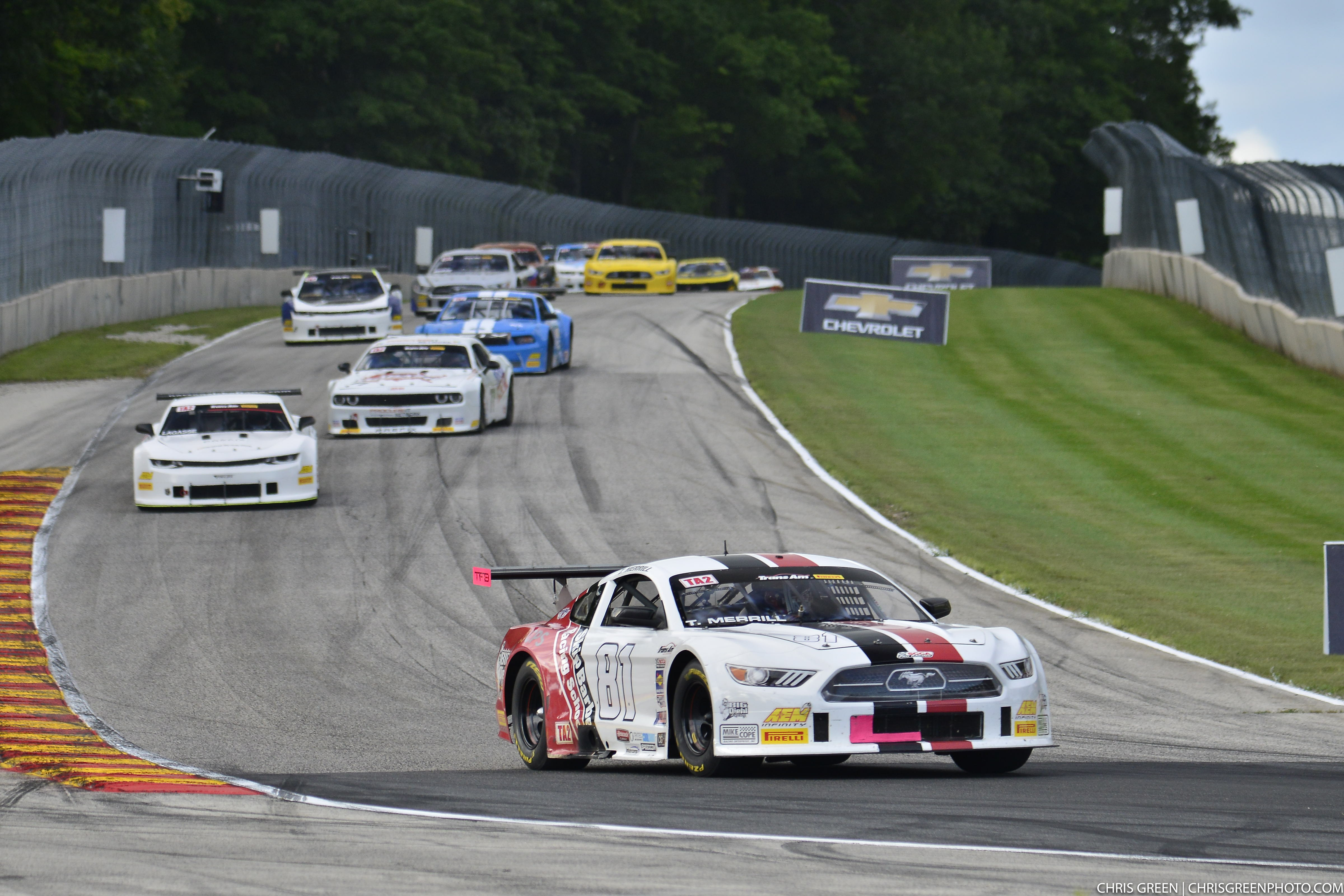 ELKHART LAKE, Wis., (August 25, 2019) – After a series of mechanical issues plagued Big Diehl Racing at Road America for the Trans Am weekend, the team rebounded to earn a fourth place finish with the No. 81 Ford Mustang sponsored by Skip Barber Racing School. The Trans Am Championship Presented by Pirelli weekend dealt the team a difficult card, with driver Thomas Merrill running only a handful of laps in practice before qualifying for the Ryan Companies Present the Muscle Car Challenge.

Engine related issues struck the team in the opening laps of practice, forcing the car to stay in the garage for the day, missing valuable on-track time necessary to dial in the race set up of the No. 81 Ford Mustang. Despite the setback, the team pressed on, and Merrill was able to turn his first real laps of the weekend during the qualifying session.

He qualified seventh, and made quick work of gaining two positions in the opening laps before a lengthy caution came out for two incidents on track. The two cars at the front of the field checked out pulled away from the other competitors. Merrill pressed on in his climb up the pack, fighting for third place before another mechanical issue prohibited him from getting too aggressive in the battle. In the end, Merrill and the No. 81 Big Diehl Racing finished fourth, and impressive feat considering the minimal track time.

“I’m proud we were able fight for the podium, given all we were fighting throughout the weekend,” stated Merrill. “We had to shoot from the hip on the set up, but fortunately our team has a great baseline setup. This was a damage limitation weekend for us, and I feel we did as well as we could have. But we’ll be 100% for the Glen.”

Watkins Glen International is the next race on the Trans Am Championship Presented by Pirelli schedule, a sports car racing fan-favorite. Located in Watkins Glen, New York, the 11-turn, 3.4-mile circuit will host the series September 5-7. For tickets and event information, visit gotransam.com.