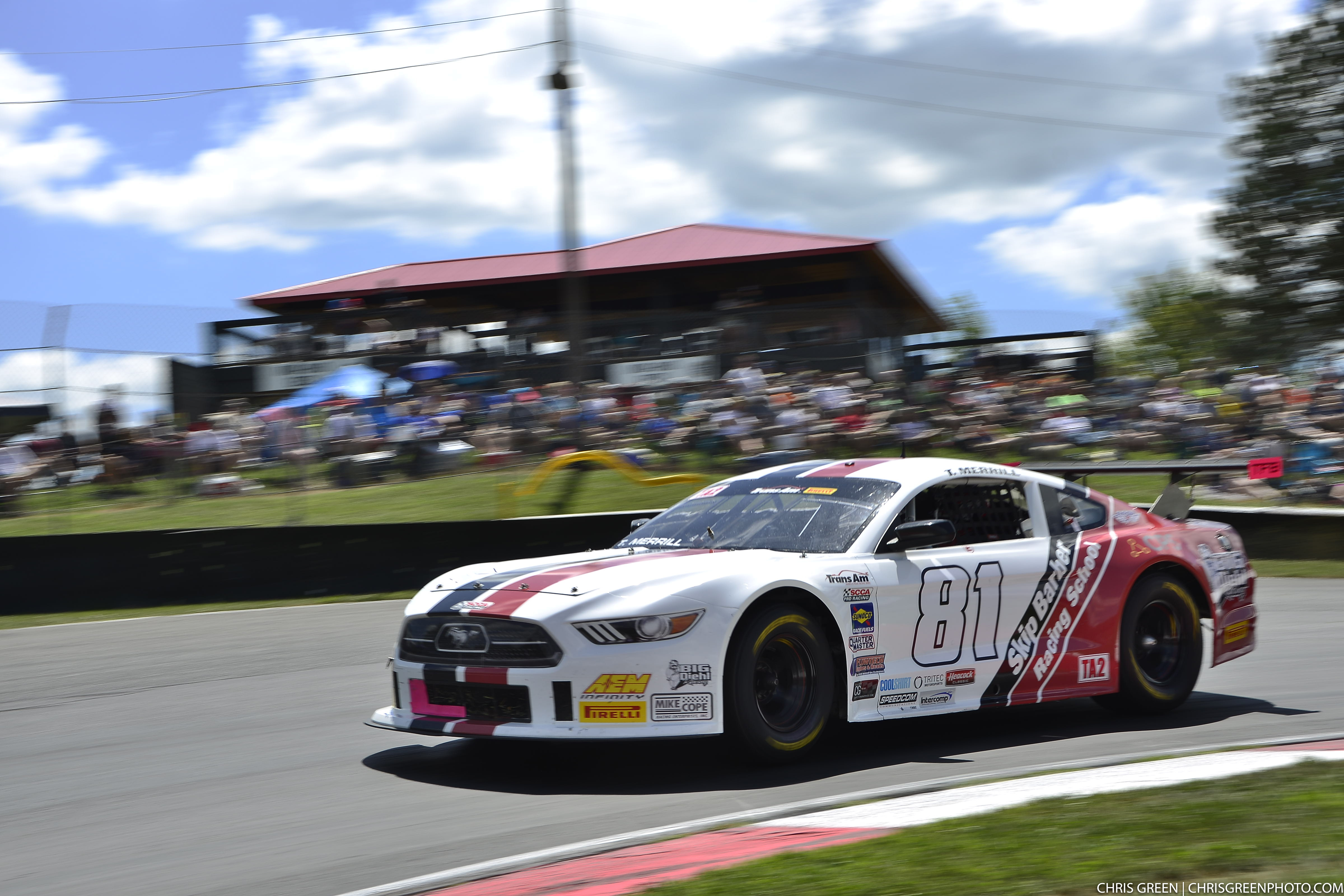 Merrill qualified the Mustang in fifth under clear, sunny skies at the 2.258-mile road course on Friday, prepared for a strong push to the front in Saturday’s race. The First Energy Mid-Ohio 100 started off well for the team, with Merrill making his way up to third, running competitively in hopes to finish higher up on the podium come race end. However, tire strategy did not play into the team’s hand, and the No. 81 Mustang was unable to hold down the third place. Roughly fifteen minutes into the race, Rafa Matos passed Merill to take the position, moving Big Diehl Racing to fourth. Trouble came for the team came ten minutes later when the No. 81 Mustang was hit under caution. While Merrill was able to continue, he remained in fourth place to the checker flag, earning his third top five finish in four races.

“It was pretty disappointing to not finish on the podium at Mid-Ohio,” said Merrill. “But, we came here to learn and that’s what we did.  Despite our results we are still a new team in this paddock, and we are happy to leave Ohio with good data that will help us next time. Everyone at Big Diehl Racing did a great job getting us ready for the race weekend, and we’ll use what we learned to give it everything we’ve got at Road America.”

The Trans Am Championship powered by Pirelli next heads to Elkhart Lake, Wisconsin, to race at Road America, a fan and driver favorite in North American Sports Car Racing. The four time road course boasts sweeping turns, a long straight, and many changes in elevation in the rolling hills of the Road America grounds. The Ryan Companies Road America Classic will take place August 22 to 24th. For more information, visit gotransam.com, or bigdiehlracing.com.