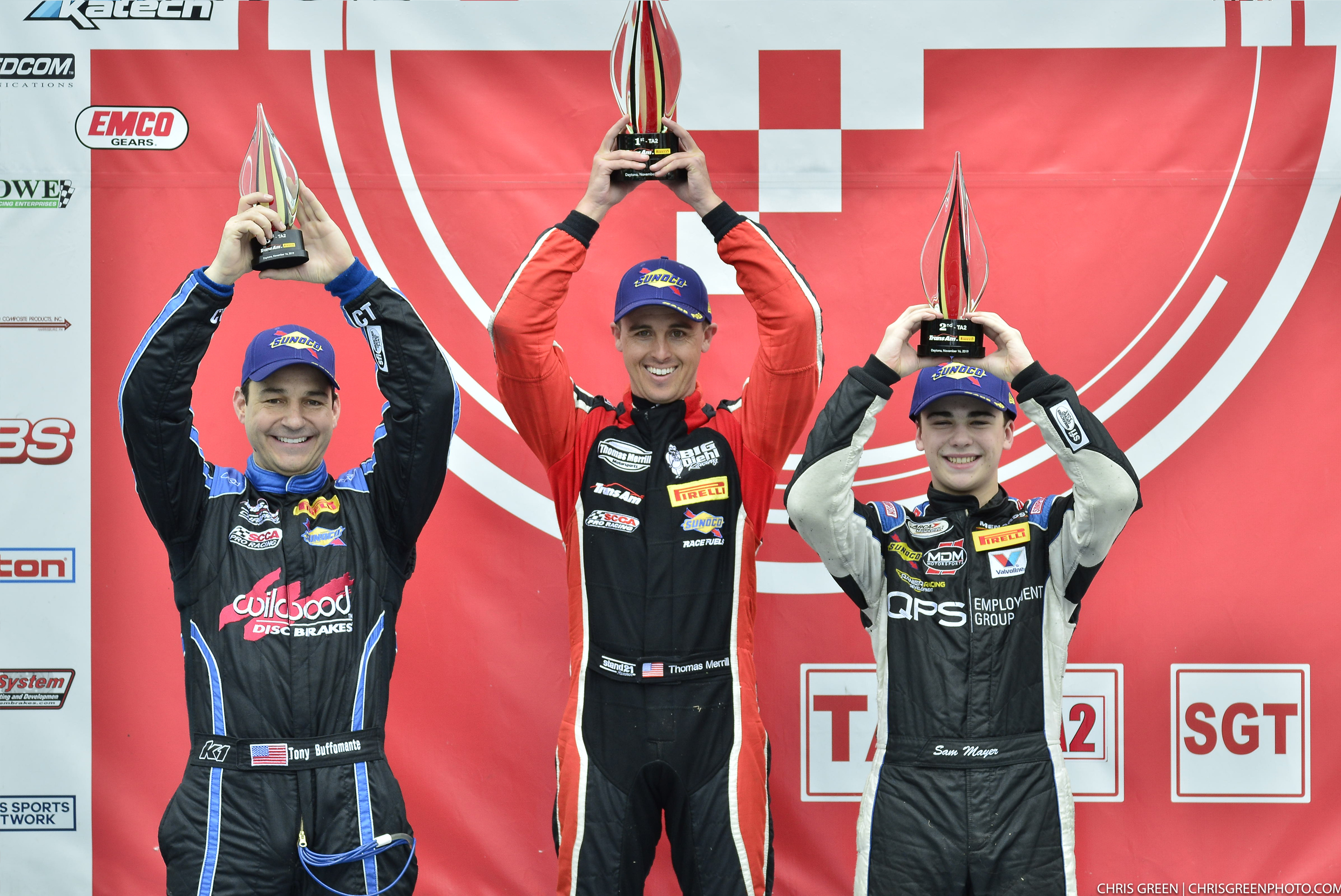 DAYTONA, Fla., ( November 19, 2019) – The 2019 Trans AmSeries presented by Pirelli season concluded on a high note this weekend forBig Diehl Racing at Daytona International Speedway. The sports car racing team again partnered with Mike Cope Racing, entering Thomas Merrill into the season finale event at the legendary circuit. The team earned the win in the TA2class, closing out the year with three victories.

“We’re proud that we ended the season on a high note,” said team owner Richard Diehl. “Thomas did an amazing job getting the car to thefront and the crew at Mike Cope Racing did a great job to give him a competitive car to take the win. We’d like to also thank Skip Barber Racing School and CPSfor partnering with us this season.”

Merrill started the race in third, after an early checkerflag cut the final qualifying session short. The Californian wasted no time getting to the front of the pack during the race, immediately taking the lead fromSam Mayer. The No. 99 Mike Cope Racing/Big Diehl Racing Ford Mustang expanded the lead to seven seconds after the first 15 laps.

A sequence of cautions were presented near the end of the race, and as each went back to green, the expertly prepared No. 99 Mustang keptthe lead, with Merrill consistently outrunning and out lasting the competition. Following one of the final restarts,Mayer caught back up to Merrill, and after a brief lock-up by Merrill, the twoswapped the lead back and forth several times. Merrill resumed the lead before the final caution of the race appeared, where an incident between two cars onthe front straight forced the officials to end the race under caution.

“The last few laps were pretty busy, pretty aggressive, butfair,” said a victorious Merrill. “Our car was very good, and I felt his car was very good, so it was a very good race for the lead there at the end. TheBig Diehl Racing/Mike Cope Race Cars crew was unbelievable. They gave me the best car in the field. It was my job to bring it home in first place.”

The final weekend at Daytona International Speedway wrapped up a successful 2019 season for Big Diehl Racing. The California based team will make an announcement regarding 2020 plans in the coming months.  Stay up to date by visiting bigdiehlracing.com.