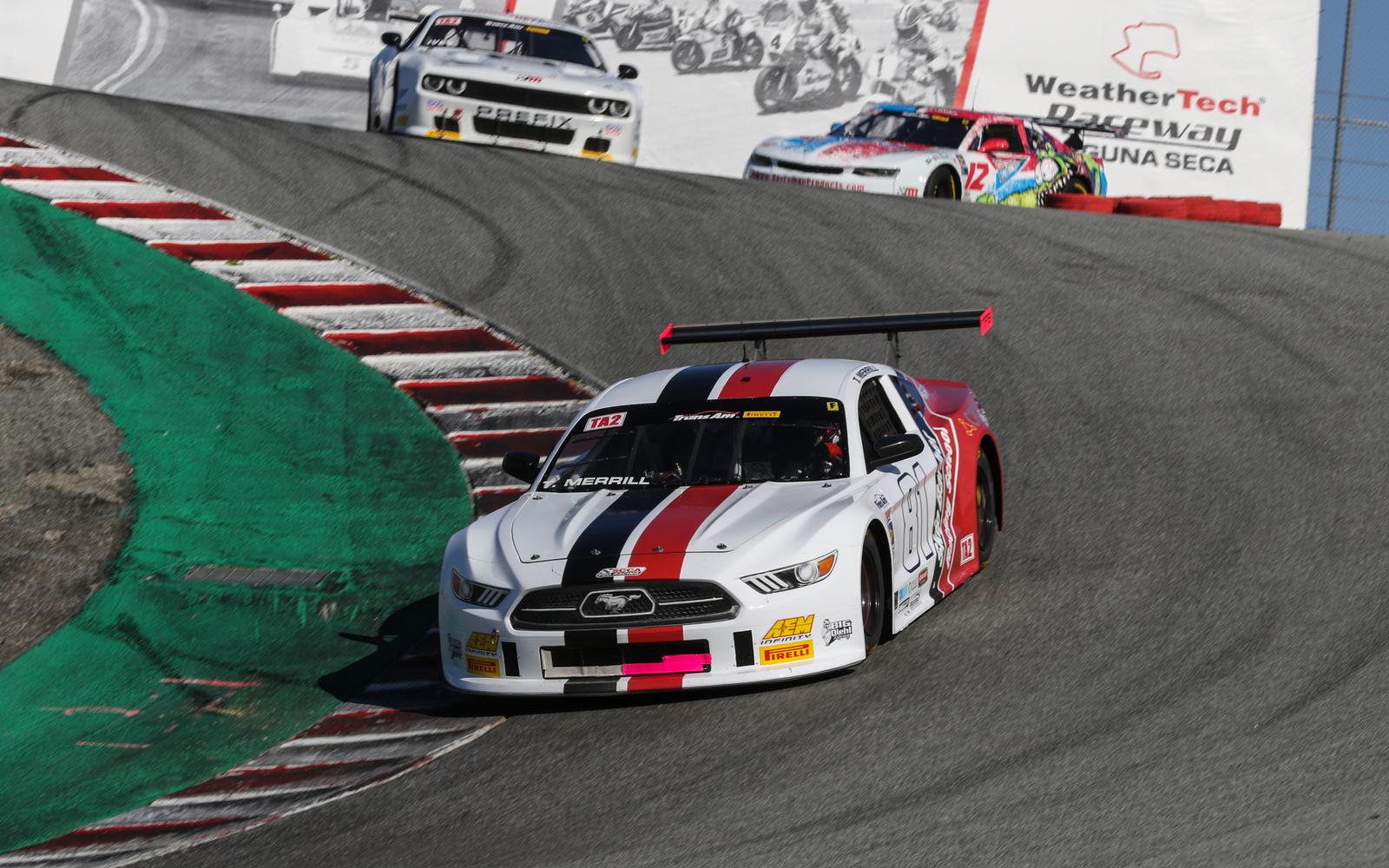 Lakeville, Conn. (21 May, 2019) –Thomas Merrill was reinstated as the winner of the Trans Am presented by Pirelli TA2 race at WeatherTech Raceway Laguna Seca following a successful appeal of a penalty that had initially cost him the victory.

After further review of the in-race pass completed by Merrill on Scott Lagasse Jr., the SCCA Pro Racing Board of Appeals Panel overturned the 40-second penalty Merrill received for not completing a safe pass that ultimately ended another driver’s race. The penalization moved Merrill from first to second place, but the Board’s decision overturned the penalty, restoring the original victory the No. 81 Ford Mustang earned at WeatherTech Raceway Laguna Seca earlier this month.

“We had to search evidence from cars around the incident to base our judgement due to the fact that Lagasse’s onboard camera video was unfortunately not working,” said Trans Am Chief Steward Dorsey Schroeder. “I am satisfied with the outcome of the appeal with the post-race evidence given.”

Merrill and Big Diehl Racing submitted a variety of video sources that included different angles of the penalized incident. While the video provided to the panel did not provide perfect coverage of the incident, it provided far better insight than was available to the Chief Steward during the race. From that video, the panel believed that this was a textbook “racing incident” with both drivers sharing in responsibility for the contact resulting in car 92’s retirement.

“The whole Big Diehl Racing/TFB crew and I were massively happy to hear that we won the appeal,” said Merrill. “We were heartbroken when we heard about the penalty. This was one of the best races of my life, and it means the world to me that the SCCA Pro committee ruled in our favor. It's great for the whole team and our new sponsor skip Barber Racing School to win at our home track. I do want to thank Dorsey Schroeder, Terry Earwood, and Steve Debrecht for their professionalism through this process. They have the toughest job in the paddock and they are doing the very best they can.”